This is assignment 8 in Ivan Brunetti’s Cartooning book. The assignment asked us to find a  pair of comics that we consider as our most and least favorite. I chose The Far Side as my all time favorite comic and at first I thought I have no least favorite comic, but finally chose Nancy as my least favorite. Now that I think back to my childhood, I also didn’t care much for Brenda Starr and Dick Tracy, but Nancy was the one that came to mind first.

In analyzing the Nancy strip, one thing that I noticed is the characters seemed ugly and angry all of the time. Of course, Nancy’s mother (or is it her aunt?) is drawn to be very beautiful as a contrast to the children characters, but she doesn’t appear very often. Also, I think the strip is pretty two dimensional in appearance. I don’t care much for Nancy’s prickly-pear cactus hairdo.

Speaking of cartoon hairdos, I think no one tops Gary Larson’s The Far Side beehives on his women characters. Each of his characters and scenarios are zany and imaginative.

Assignment 8 asks us to draw a “least favorite” panel in the style of the “most favorite” and vice-versa. I really love this assignment because it gets you thinking about the specific things you like most about your favorite but also helps you to identify aspects of your least favorite that are exemplary.

My first panel is of a Nancy comic drawn in Far Side style. The Far Side never has speech balloons inside the panel but rather has captions below so I’ve followed that format with this one: 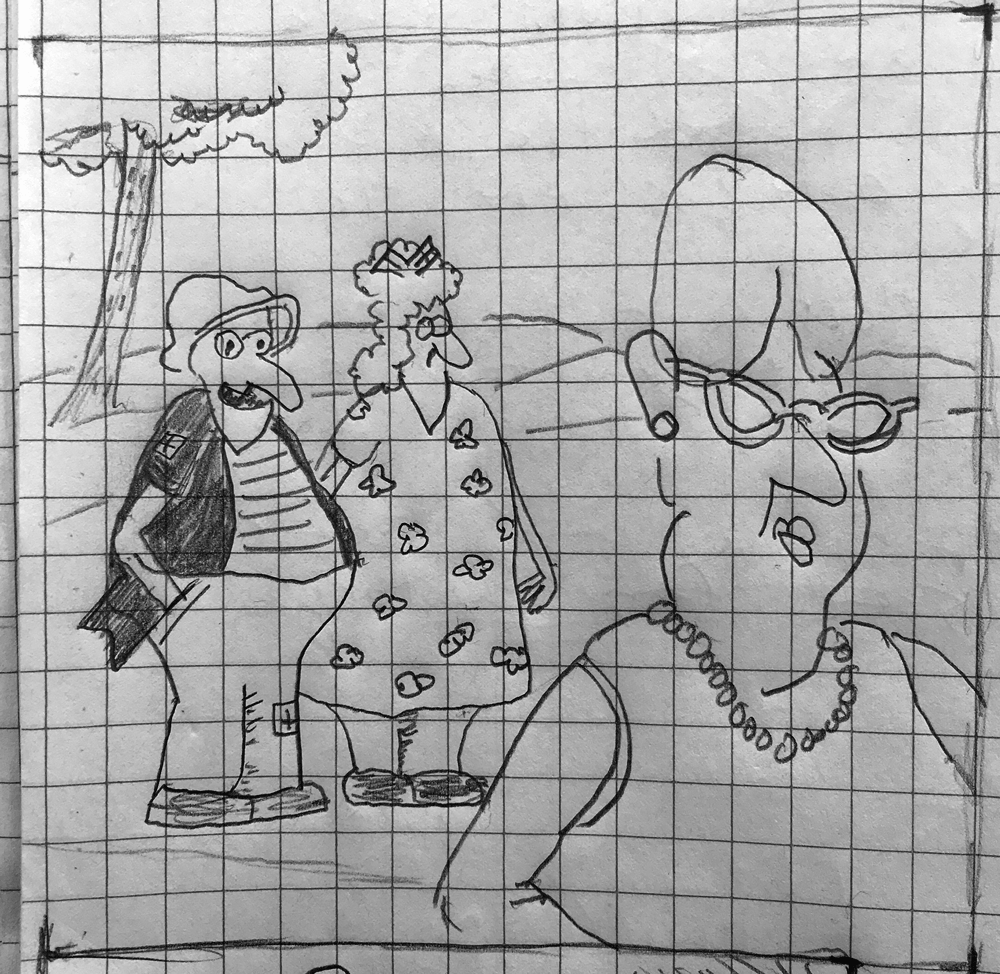 Keep away from her… She’ll ruin
yer grammar with her jive talk.

Here is the original panel I used as a reference:

Nancy dedicates a lot of real estate to speech balloons and there does not ever seem to be much background detail. So when I drew Larson’s depiction of Hell, I removed most of the people and the hellish details. I think if I were to redraw this, I should probably re-do the composition allowing room to at least show some fiery flames. I think I took simple too far, and I didn’t leave enough room for the speech balloon. 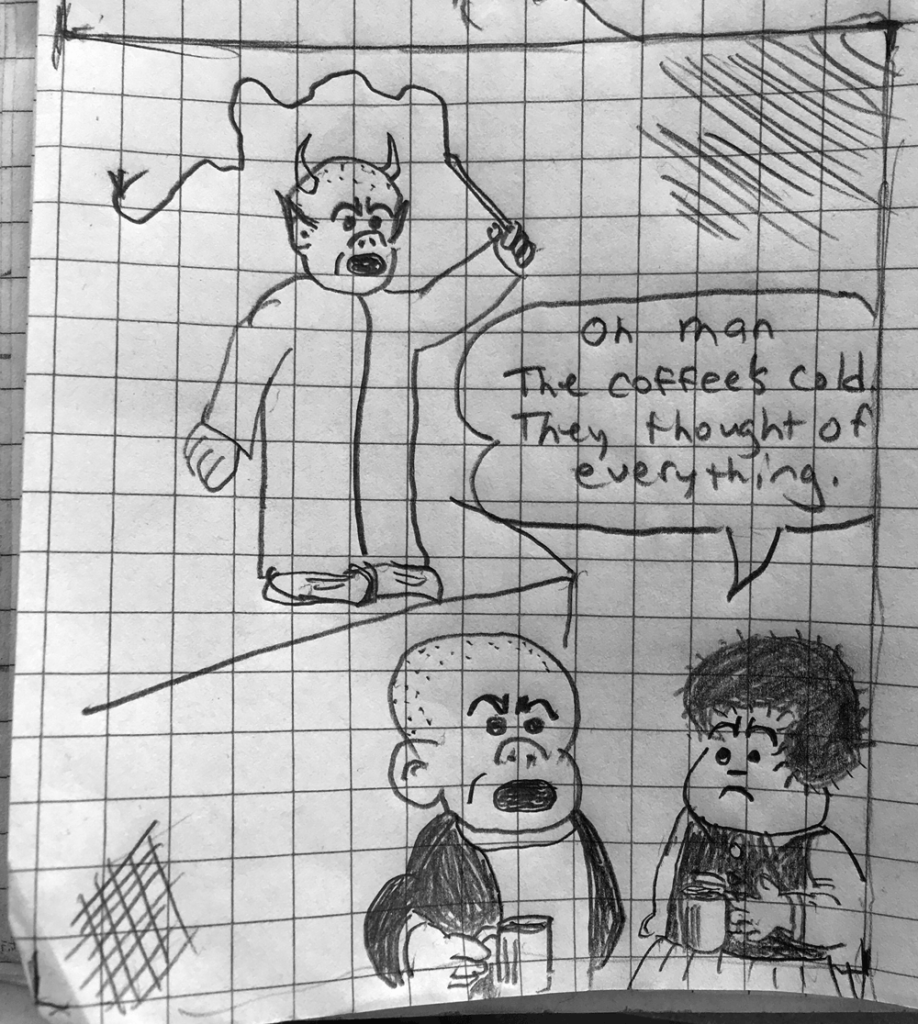 Below is the original Far Side panel I reimagined in the new Nancy style. 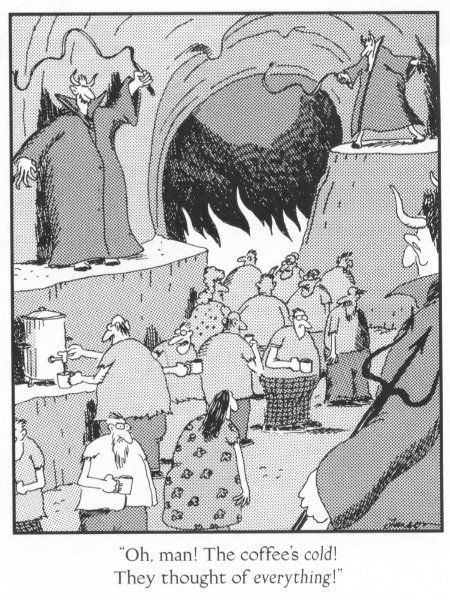