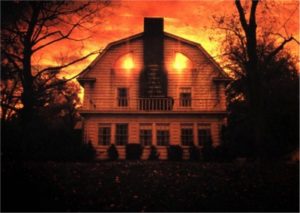 For today’s “Make A Horror Sound” Daily Create exercise, I made a scary sound by recording the discussion at a recent faculty meeting and slowing it down by 800%. 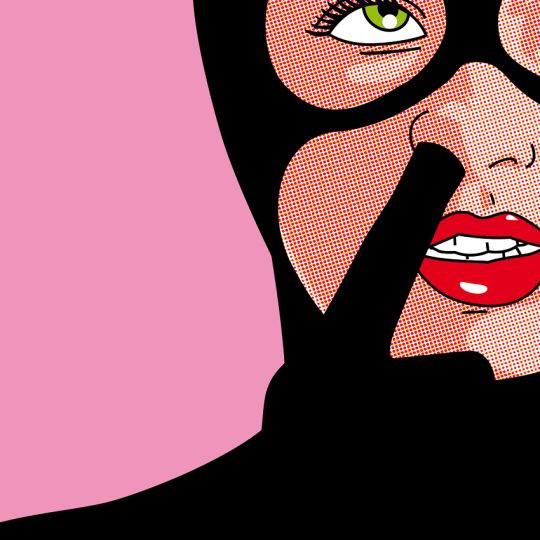 For several years I have been interested in doing some lessons in media literacy with students. This first became an interest of mine while I was doing my doctoral research on using digital video as an alternative form of writing and literacy. Anyone who knows me and my approach to teaching very well knows that I frequently like to experiment with new ideas and techniques. This semester in our #DigMe256 online class on Digital Literacy, we have been working with the theme of Superheroes.

One of the themes I have been interested in exploring with students when interpreting media messages is the theme of human objectification, particularly the objectification of women. We see these messages frequently in the everyday media we encounter. Honestly, I have been a little timid about diving into this one. However, the idea has been simmering in my mind for some time, and I’ve spent a good amount of time collecting examples we can discuss, so this week I took the plunge.

This week I gave an assignment that shows superheroes in their most private, awkward and intimate moments. The artist who created these images is Greg Guillemin from France. The work of this artist came to my attention several years ago, and since we are doing a superhero theme in our class, it made sense to include his work for our media literacy analysis because it does in fact show objectified, comic hero men and women.

Here is the assignment.

Look at the work of Greg Guillemin, a French artist who paints behind the scenes images of superheroes and other cartoon characters. Check out the Secret Life of Superheroes to see Guillemin’s work. (Caution, some of these are risqué, depicting superheroes in unexpected ways.) Think about how answers to the key questions of media literacy might look with this body of work. Discuss.

I thought since I gave the assignment, I would complete it myself as well. My response is as follows.

The five key questions of media literacy are:

Who created this message? French artist Greg Guillemin is the man who created the Secret Life of Superheroes series. I have been unable to find a great deal out about him, but I did find this interview after the singer Rhianna was seen wearing a shirt with one of his images. From what I could glean from his website and the interview, Mr. Guillemin studied graphic design and worked in advertising for two decades before introducing the Secret Life series to the world. He originally began creating digital images and shared them on the Internet. As his popularity has increased, he has expanded into creating acrylic on canvas paintings and sculptures of his unusual superhero imagery.

What creative techniques are used to attract my attention?  Guillemin’s work is reminiscent of pop art icons like Roy Lichtenstein and Andy Warhol. He creates crisp comic book style imagery of bright colors and halftones and combines it with familiar brand names and superhero characters in private, intimate or awkward scenes. Guillemin gives the audience a voyeur’s glimpse of the everyday life of his superheroes. His work is unique because it provides such an unusual view of these very familiar characters.

In his book Virus of the Mind, Brodie (2009) tells us how ideas spread quickly because they are connected to our survival or prosperity. He argues that we are hard-wired to pay attention to things like danger, food, and sex because our very survival depends on it. Indeed, these things are the basis for what is now becoming recognized as memes, or ideas that spread quickly because of their content. As a former graphic designer in advertising, Guillemin is an expert at pushing our biological buttons.

Some of the Secret Life images are surprising, possibly even disturbing or offensive to some viewers. The food and sex memes are featured prominently in this body of work. It might be a bit of a stretch, but danger might also be playing a role in grabbing our attention, as voyeurs who could be caught spying in this secret superhero world.

How might different people understand this message differently from me? Let’s begin with my own perspective as a college professor. I thought it would be worthwhile for my students to view The Secret Life of Superheroes because we are studying digital literacy through a superhero lens. From my perspective, it is a struggle to keep students engaged and interested. I chose this body of work precisely because it is edgy and tinged with controversy. I was thinking of this very question, how different people might interpret the images when I included it in our classes exercises. Educated people must be able to consider multiple perspectives on controversial ideas, being fair about considering different points of view and ultimately believing in something because the available evidence supports that position.

So what are some of the other ways that people could understand the message of the Secret Life of Superheroes? I can imagine a sort of person who is comfortable with sexuality and along with being a complete pacifist, abhorring any form of violence. This person sees the irony in parents who shield their children from any form of suggestive imagery but are perfectly fine with their children subsisting on a media diet of gore, death and violence. (My hunch is, although I’ve never been there, that people in France might lean in this direction.) Such people might see this body of work as humorous and entertaining. Some people will use these images to make a hip fashion statement (See Rhianna above).

There is also the type of person whose sensibilities are deeply offended by Mr. Guillemin’s work. He portrays the women as sex objects, sometimes showing only their body parts and not faces. He shows the men engaging in behaviors like smoking and popping viagra pills. He shows various characters holding sex toys and birth control. Some superheroes are shown brushing teeth, taking showers, using the toilet. Most of the subject matter he shows is taboo for discussion in polite company.

Some people feel our culture is media-saturated, often with highly sexualized imagery showing up in a flood of media messages. They feel this is adversely affecting us as it manifests itself in a variety of ways. Schools have long since abandoned time-honored mandatory showers for PE and sports teams because of the sexual connotation. According to some, we have a hookup culture that doesn’t include dating. We have a culture of slut-shaming, that blames women for how they dress instead of the young men who are distracted, attracted, or even perpetrating assaults on them. People who are concerned about these developments in our culture will not view The Secret Lives of Superheroes as innocuous.

What lifestyles, values, points of view are included; or omitted in this message?

Why is this message being sent?

The two primary reasons media messages are sent are 1) to obtain money and 2) to obtain power and influence. Guillemin began working with The Secret Life of Superheroes by creating digital images and sharing them online for free. He used the world wide web and social media to gain notoriety and influence. Once he established a following, he was able to begin charging for prints and expand his art business into making paintings and sculptures for exhibit in galleries around the world. The reason Guillemin is successful is because he provides a service to his audience of entertainment, amusement and perhaps even provoking thought through the works of art he creates.