I found this assignment from Lynda Barry about drawing a puppet in motion from this video:

She said to choose one of the band members, divide a page into four quadrants then make four different drawings in different poses of the same character while watching the video in motion without stopping it. She said to set a timer for 2:00 minutes in which to make each drawing. It is a challenge, but it is supposed to be a cartoon so it could be more interpretive rather than a fully rendered work of art.

Here is what I came up with… 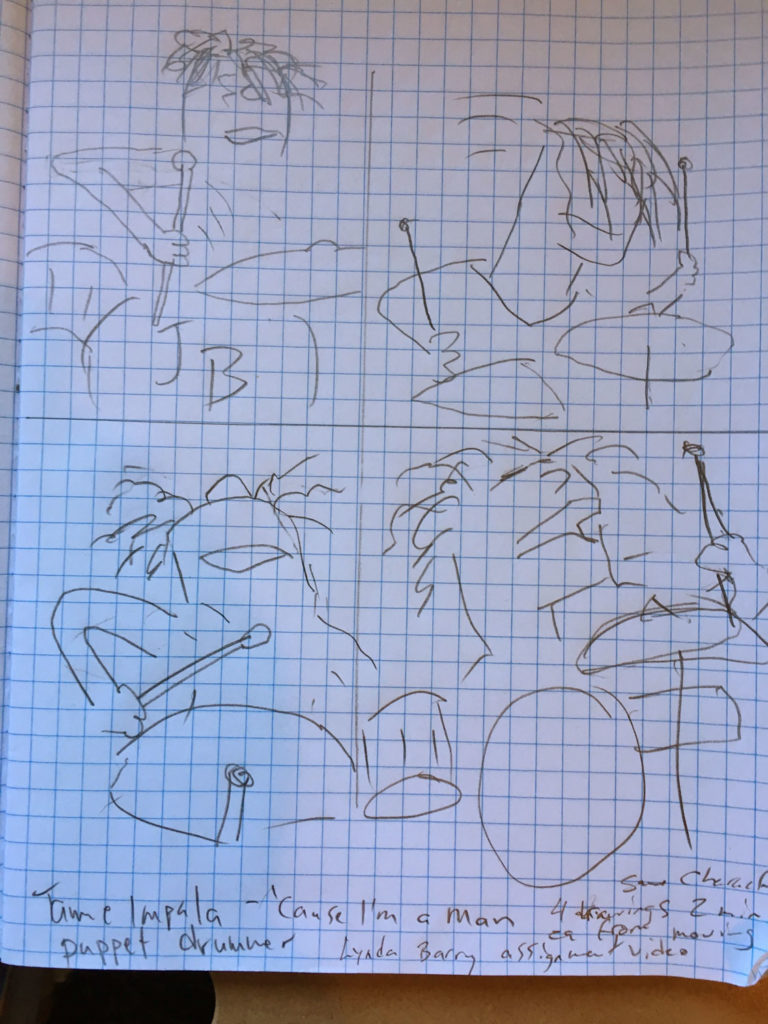 I like how I picked up on specific elements to feature in each drawing. Like the bottom left one, I noticed his head was thrown way back so you couldn’t see the top of his head at all, only his nose sticking way up in the air. I think my drawings became progressively more successful as I became more at ease with trying to draw a moving subject.