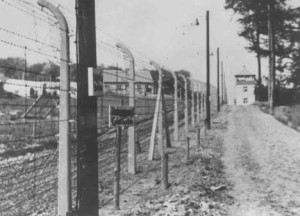 I have been reading Viktor Frankl’s classic, Man’s Search For Meaning recently. My daughter, who is struggling with the novel assigned in her 6th grad reading class, asked my about the book I’m reading. I told her it was assigned for a class I took several years ago, but admitted that I never actually read it thoroughly. Having a book assigned as reading in a class is a sure-fire way of taking every bit of enjoyment out of it, regardless of how good it is, I explained. I misplaced the book for a long time, but it was recommended by a friend and I wanted to have another crack at it, so when I recently found it, I decided it would be my reading for spring break.

If you are not familiar with this book, let me briefly summarize. Frankl survived years of suffering in Auschwitz and other concentration camps. As a psychiatrist stuck in a sad predicament, he naturally observed the human response to such conditions, and even developed a psychological treatment for the intense suffering. Although he calculated his chances for survival to be less than 1 in 20, he retained his will to live along with his human dignity through the ordeal.

To modern thinkers, all suffering is pointless and is to always be avoided. For Frankl, there is value in suffering well. I am not completely finished with the book, but I am getting the gist of what he is saying. There can be purpose in suffering, and we may not always know exactly what that purpose is. A part of the book that I recently read speaks of a couple of life’s paradoxes. One of these is the fact that whatever the mind fears and is fixated upon, often comes to pass. Think of the ball player at bat, fearing the strikeout. What is he or she likely to do? Strikeout of course. The other paradox is that which is desired the most, often cannot be achieved. For example, a person desires to achieve personal greatness, perhaps fame or wealth. Taking aim directly at these is less likely to succeed than is striving to become the best version of yourself, learning to capitalize on your gifts, talents and strengths.

A personal example for me has been working towards a Ph.D. in curriculum and instruction. The Ph.D. is the goal, I want to become a professor who holds a doctorate. Having as a goal – “becoming a doctor” doesn’t really work. Doing everything it takes to become a doctor is no real plan. It results in thinking such things as, “just tell me what I need to do to finish this thing,” a thought I am not proud to admit to thinking a few times over the course of my studies. What works instead is focusing on getting better at doing the things that doctors do and thinking the way doctors think. For someone pursuing a Ph.D., this is learning to love research, which is actually nothing more than learning to love learning, and being able to back up what you are learning with evidence. Once I immersed myself into the learning, and stopped fretting about earning the Ph.D.degree, things became more tolerable and meaningful.

Frankl advises those who fear something to embrace the fear and wish for ten times the amount of what is feared. One example he gave was a man who perspired too much, and was fearful of how much he perspired. He was to begin wishing for ten times the amount he usually perspired and formulate a plan for explaining to others his great capacity for sweat. Eventually, he forgot his anxiety about the issue and it resolved itself.

My take on all of this is that I need to continue working on embracing life’s sufferings more. Like the average modern thinker, I tend to avoid suffering at all costs, and loudly complain when forced to endure it. This is no inspiration to those around me. I feel like I’m learning, and getting better, but still have a long way to go. Working on this Ph.D. has not been easy. It has involved tremendous sacrifice, and there were actually times I’ve thought I would have preferred going back to my days in the Persian Gulf War. At least then, I was experienced, well trained, and knew what I was supposed to be doing. Getting a doctorate is not like that. There have been many times I’ve felt unworthy, incapable, and doubting if I were ever going to complete the thing. It has been an eight year process of carving out bits of my personal life to achieve my goal. Many of these bits of time have been in the wee hours of the morning when I could work undisturbed, and I would have to try to do my regular job on three or four hours of sleep. Functioning like that for very long makes it difficult not to complain, although I have been working at it.

I guess what keeps me going is a desire to achieve something for purposes bigger than myself. I have two kids I want to be an example to. Also, I hope to be an example to students who may be just like me. Many professors/Ph.D.’s I know come from families of scholars, and many grew up in or around cities with plenty of opportunities. I work for Kansas State University, a land grant university with the original focus of helping improve the lives of the people of Kansas, originally through the primary means of agriculture, which was how most people earned a living here at the time. Having grown up in small town-rural Kansas, this original purpose is still important to me. I like to help those who grew up and live here to improve their lives as well. As it turns out, my field, computer technology, is doing just that. People all across this state in rural areas are benefitting from the advances in computing, whether it is in agriculture, or starting some other venture in which location is now less of an issue thanks to computing and the Internet.

As far as the professoriate in Kansas goes, I think it is a great thing that students encounter professors from cultures and backgrounds other than their own. However, (and I don’t have any data to back this up) I would wager that a majority of the Ph.D. professors that K-State students encounter hail from locations other than the great state of Kansas. I just think it is good that students see examples from time to time of professors that have similar backgrounds as themselves, who have no background of great privilege or cosmopolitan upbringing.

People in the midwest have long had a reputation of being hard-working, but I sometimes wonder if this perception is changing. If I do manage to be successful in my pursuit of a doctorate, I can assure you it isn’t because I have some great intellect, or because I had a smooth path laid out before me; it was because I followed the examples of my parents and grandparents who persisted through adversity and worked hard with the opportunities that life presented to them.

I think Viktor Frankl is on to something, when he observed these paradoxes. The one thing that people can do to find meaning in life is to become the best version of themselves, in whatever situation they may find themselves. Even in a concentration camp, when there was no opportunity for creative expression he still found purpose and meaning in living his life as best as he was able, by serving and keeping his will to live as an example of hope to others.