This morning I went to log in to my Canvas courseware and I was directed to sign up for our new 2-factor authentication system. I’ve known this was coming. I got the e-mail saying to sign up by April 16th. 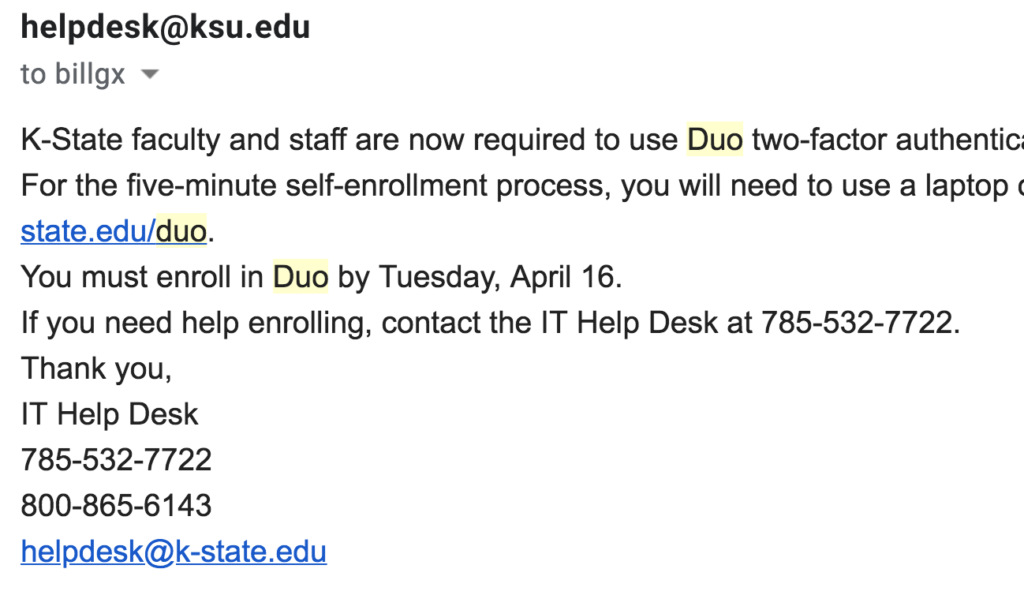 Yesterday at work, I tried to download the Duo app and install it on my iPad mini, my preferred mobile device. But I was unsuccessful because the iOS it runs is not a new enough version. Fine, I thought. I will use the iPad Pro I have that is more current. I don’t lug that thing around very often because it is so big, but at least I know it has memory enough and the OS is new enough to make this stuff work.

So this morning (April 4) I was locked out of my school stuff almost two weeks before the announced date. I’d better get the iPad out and finish what I started yesterday.

So I tried to connect to and set up the required Duo authentication system and it timed out on me for a while. Evidently, some others at our university are trying to do the same thing this morning too.

After waiting a while and being patient, I finally got the app installed on the iPad and could login to my stuff again. If others run into what I did, I expect it will be a busy day for the IT Help Desk today.