We went out to look for comet Neowise last evening. It was cloudy and thought it would be tough to find the comet. I started photographing the big dipper because I knew the comet was supposed to between the dipper and the horizon, but we still couldn’t see it. Only after I looked at the photos at home, I noticed that I did actually capture an image of the comet. It was just too hard to see with the naked eye and on the little dSLR screen in the field.

There was a thunderstorm to the south, so I started photographing that while we waited for clouds to clear and the sky to darken. 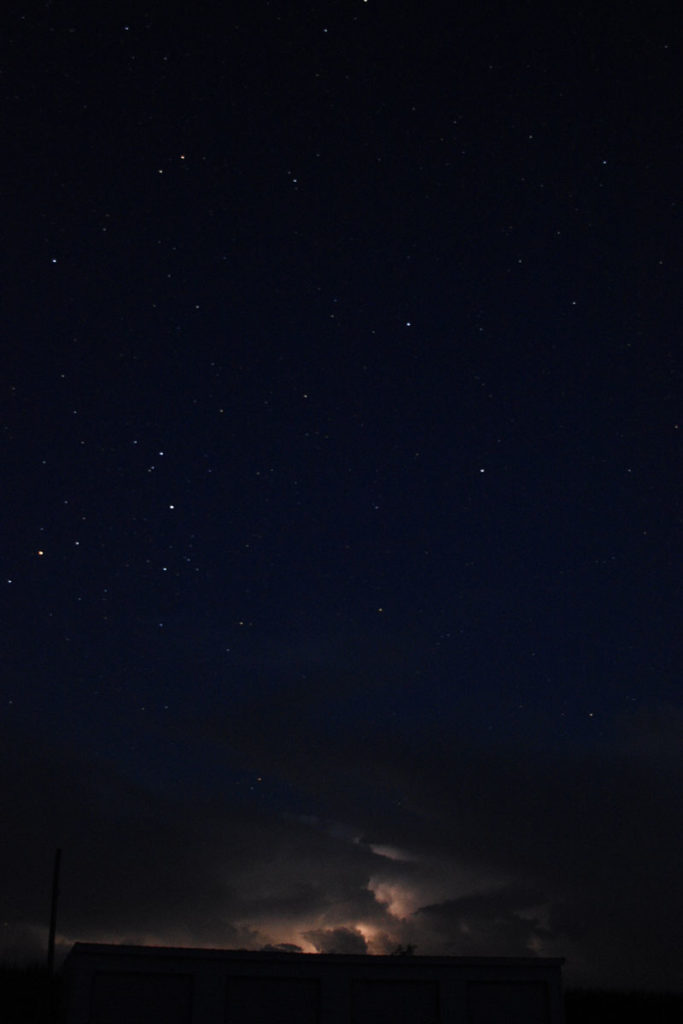 Once I found the comet, I tried zooming in for a closer look, but I struggled to get things in focus. 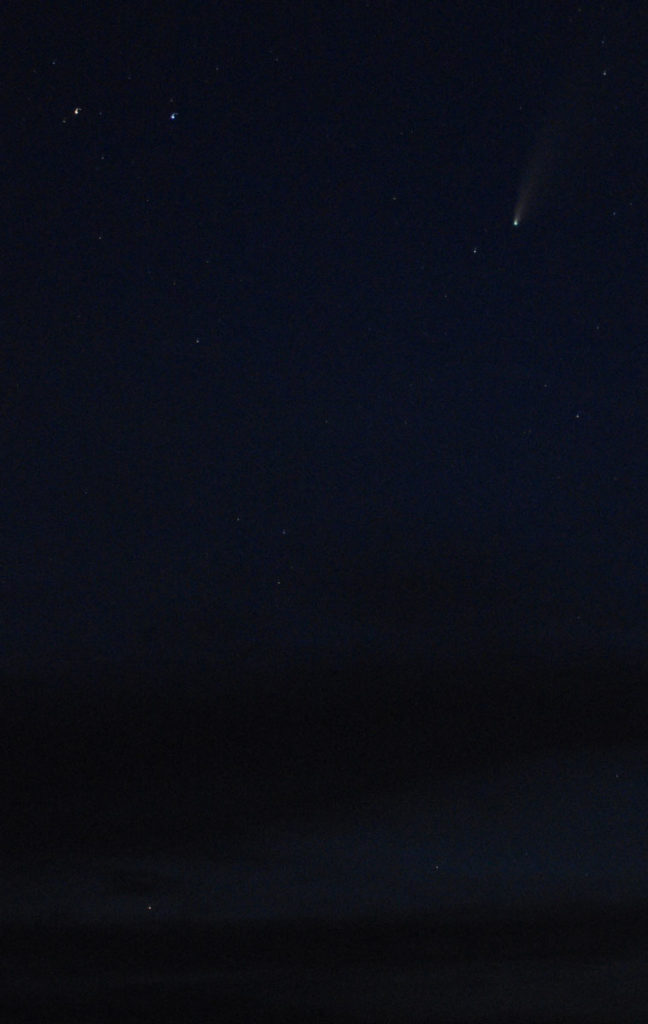 It was sharper if I zoomed out. Also, I remembered that there is less camera shake if I used a timer so I started doing that too. 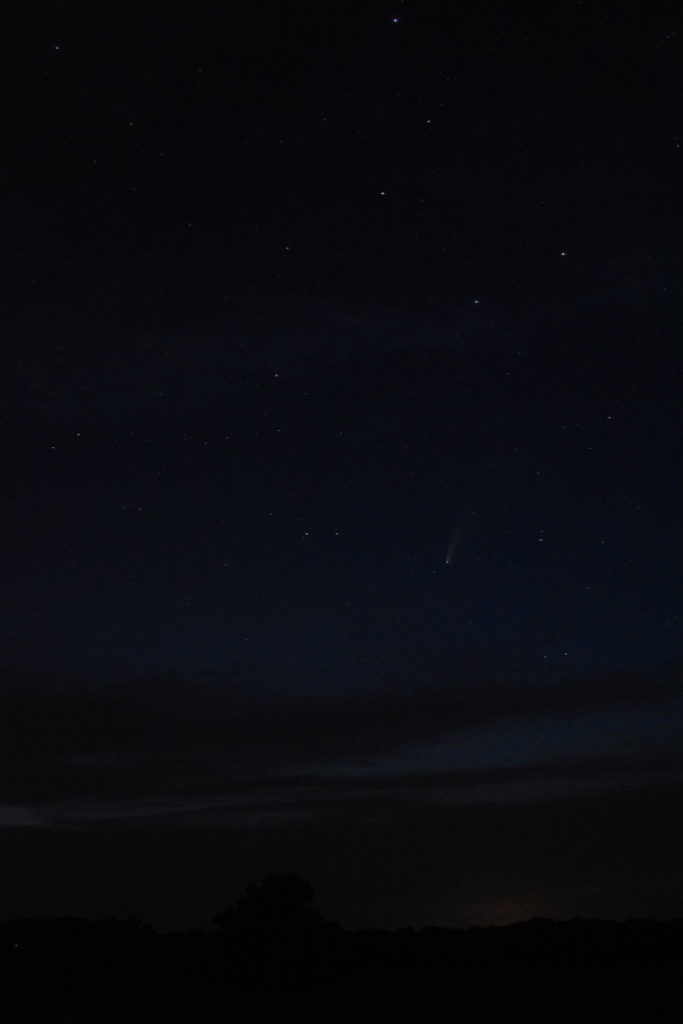 We finally started to be able to see the comet pretty well. 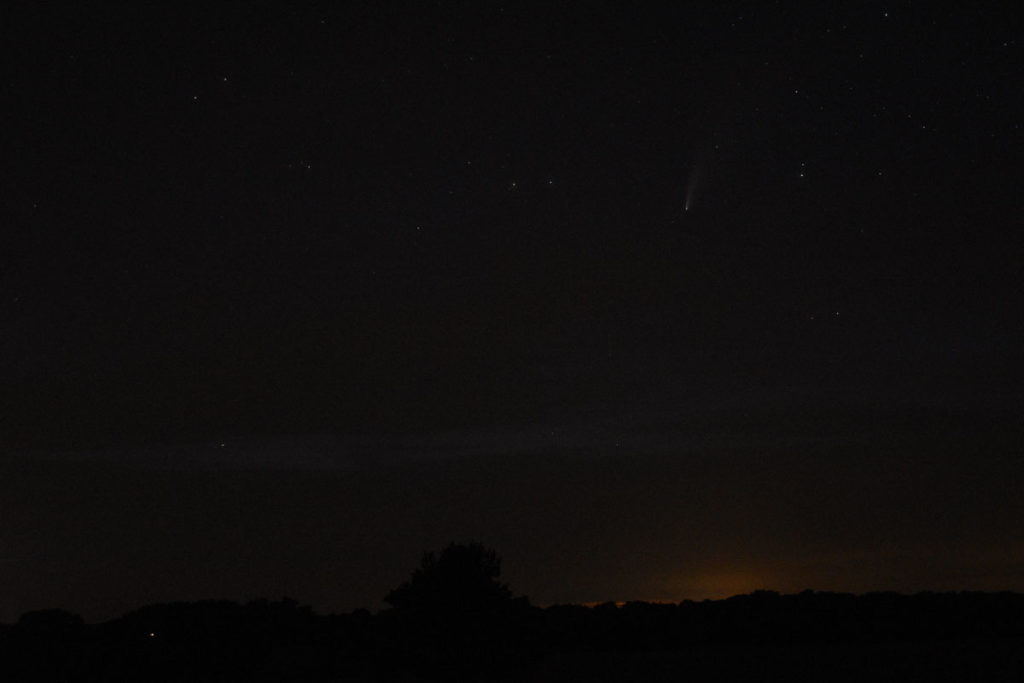 Then we started playing around with using a flash so we could appear in a photo with the comet. But the clouds kept getting in the way so it’s a little hard to see. 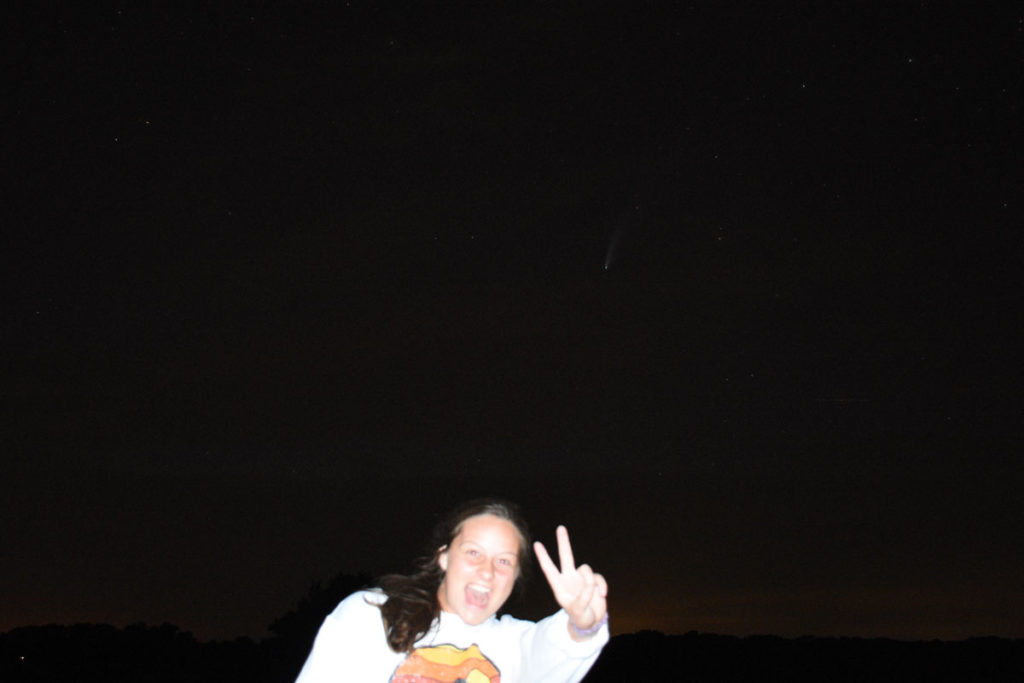 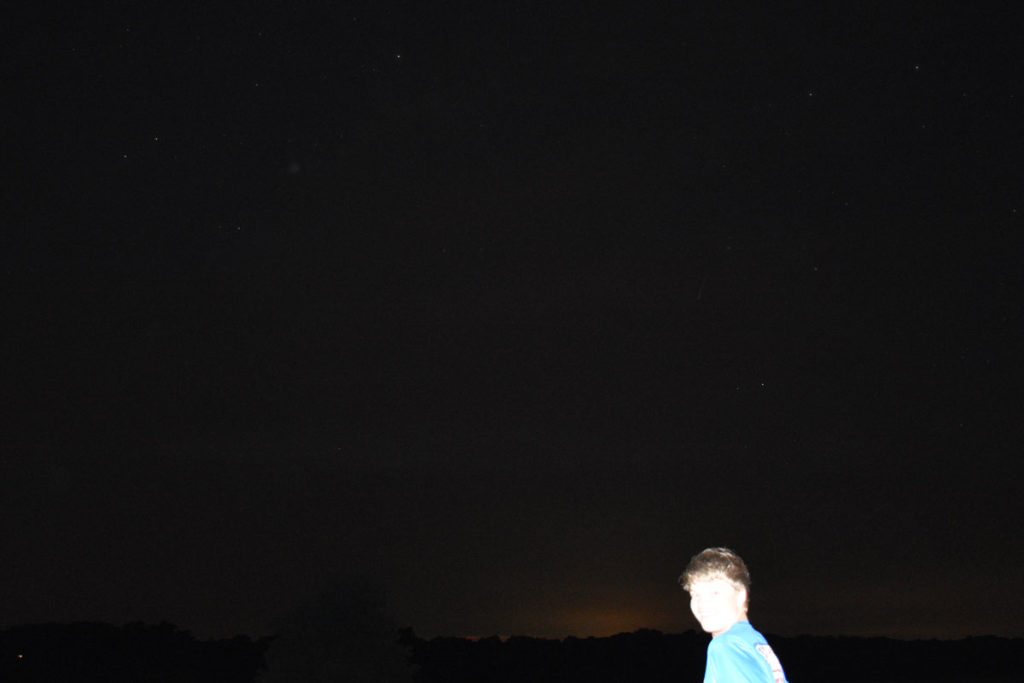 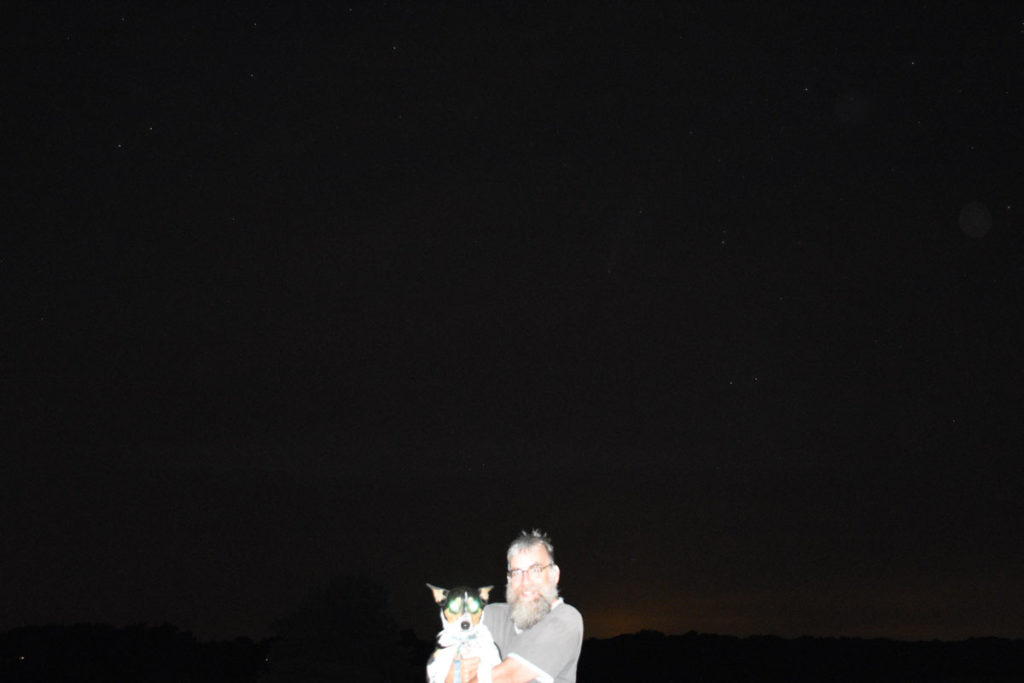 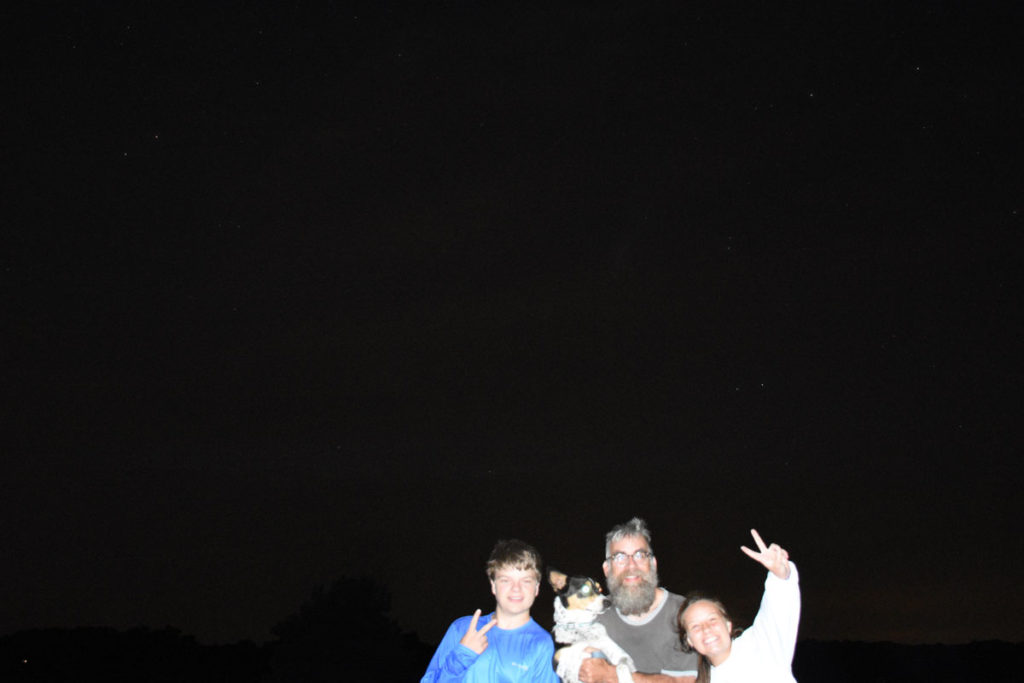 By the end, we could barely see the comet at all. But we had a really fun time comet-gazing.