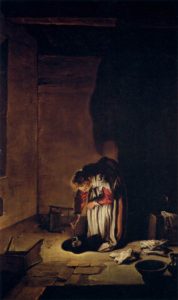 Several years ago a large external hard drive I had been using for home and work for about six years died on me. Because it was so large and expensive at the time, I had no backup. I lost most of my saved work from six years of my life.

When I finally realized that I wasn’t going to see that data again, it literally felt like being kicked in the stomach. Enormous pressure built up in my chest, my heart was racing, I couldn’t breathe and I imagined that people who experience a house fire losing all of their precious family photos must feel precisely the same way because that is what had happened to me.

“You idiot!” I thought. You call yourself a computer professional? You, of all people, know better than to rely on a single drive with no backup. Now you have lost all of the kids’ baby pictures, movies, and sound recordings, not to mention all of that stuff you created for work.

But this was a terabyte hard drive, back when most people did not have so much storage, and it cost over $500. I simply couldn’t afford to purchase another one to make backups (although I certainly could have used another media like CDs and DVDs to make backups of the favorite items). Of course, making print photos was still a thing when the kids were small and we have some of those too, but many, many of our family memories were inaccessible and presumably lost forever.

I looked into a data-recovery service. I was in luck, they told me. As a member of the staff of Kansas State University, I was eligible for a discount because my employer was a partner to that service. I was quoted the reduced price to recover one terabyte of data of approximately $1800 – $2000! So if I thought $500 for a backup drive was bad, try paying for the data-recovery rate!

I seriously contemplated paying for data recovery. I couldn’t bear the thought of losing all of those memories. The company sent me a special padded shipping box for my external drive. When the shipping box arrived, it was too small to hold my drive. It was meant to hold a (now) standard sized smaller external hard drive, but my terabyte drive was actually a Seagate enclosure that held two full-sized internal hard drives along with RAID electronics that make the two drives appear as a single drive. It was far too big to be shipped in the provided box.

So I hesitated, put off the data recovery idea, put my broken drive into storage in the closet, and tried to forget about it.

Every once in a while, I would pull that terabyte drive back out and test it just to be sure I wasn’t mistaken. Nope. Every time, it still was unreadable by any computer or operating system I attached it to. I even went so far as to remove the internal HDD drives from the enclosure and attempted to read them directly with a USB device that could read and power these devices. Still nope.

This process went on for nearly seven years. The last files that I saved to the failed drive were created in February of 2012. As I began working seriously on my doctorate, I purchased not one, but two external drives that are 2TB in size, and I was very diligent about mirroring one on to the second drive and keeping one at work and the other at home. I had no intention of ever letting a failed hard drive get me again.

Of course, over that time, cloud storage has made its appearance and is taking over the way we save data. I have moved away from using external drives altogether and mostly rely on the cloud. It actually is quite nice since I can access it from home or at work. But I still keep my own copies of personal files like photos and home movies.

Then, last week, something happened. I was doing some cleaning at home and came across that failed hard drive. There it sat, a symbol of my incompetence, mocking me once again. I don’t know why, but I’m going to pull it out and try again. I have a new Macbook I didn’t have before. Maybe my luck will turn.

So I hooked it all up, and the lights came on and… still nobody home. Sigh. Well it was worth a shot.

Hmm, here is something I don’t remember seeing. There is a tiny “reset” button on the enclosure. I wonder what would happen if I pushed that? Now I have seen these tiny little “reset” buttons before, usually on something like a router or other embedded computing device. You have to get a pen or paperclip to even push the button it is so small.

I pushed “reset” and guess what happened? Nothing.  A loud cooling fan noise, just like every other time the drive powered up, some blue LED lights, and nothing. No readable drive.

But after a couple of minutes, incredibly, unthinkably, that darned Seagate drive became readable again! Well, I don’t dare turn this thing off again. So I grabbed one of my other drives that had plenty of space and started copying things, beginning with the family photos, then the work documents, then the home movies.

Copy, copy, copy. I spent most of last weekend copying things to the backup drive. Soon, my daughter noticed what I was doing.

She – Dad, isn’t that the drive that quit working you were so upset about?

Me- Yep. It started working again.

So we started poking around in the photos to see what was there. A big smile came across her face as she saw all of her classmates in pre-school. She’s a Junior in high school now. We saw photos of swimming lessons, wheat harvest, Watermelon Festival, birthdays, and family gatherings of all sorts,

Having gone through that difficult emotional loss, and just recently finding the lost thing again, I feel just like those people in the Bible who lost a sheep and a coin (Luke 15:1-10).

It has been a good week. Rejoice with me, for I have found my lost data!