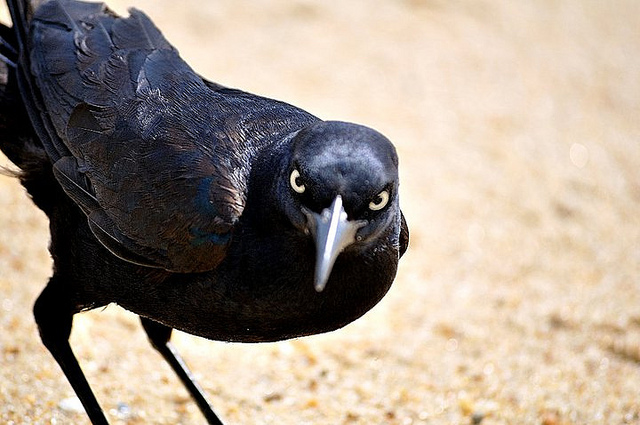 Earlier this month, I gave a reading assignment in my social media class to read and reflect on an article called Why No One Follows You On Twitter. It was really interesting to read the feedback my students gave on that article. It actually has spurred a great deal of introspection on my own goals and philosophy about using social media. I thought I’d share a bit of those thoughts here.

Probably the most common student response I heard was, “Why should I care how many followers I have?” In other words, the students who expressed this idea hadn’t bought into the idea that a large Twitter following was a worthwhile goal in the first place. That’s fair enough. After all, one student shared an article about the lack of value in having a large number of fake Twitter followers. Clearly a large number of followers by itself isn’t enough. If one is trying to build a large following simply out of vanity, I wouldn’t see a lot of value in that either. Twitter is about conversations. It is about feedback. It is about learning new things. And for some, it is even about being a leader or an influencer.

I would much rather have a smaller network of authentic connections than a large network of people (and spambots) where I have little or no actual connections or influence. I think anyone interested in using social media for serious purposes such as business, marketing, or professional development would feel the same way.

A couple of students remarked that they had little to say on social media, perhaps stemming from being young and inexperienced. My response to this is that everyone has some expertise that others don’t have, and would like to have. My daughter is only 16 and didn’t view herself as an expert in anything. I pointed out that she is far more knowledgeable than I am in the area of softball, and that she has even been paid to coach and provide feedback to young girls just learning the game. So it is all a matter of perspective.

We have been reading the book Show Your Work by Austin Kleon in our class. The philosophy behind that book is to do your work, your problem solving, your struggles publicly, because chances are others have similar problems they are trying to solve, or because there is someone out there who wants to hire you to solve those kinds of problems for you. Doing your critical thinking and problem solving in public takes guts, and a little faith that it is worth it, but showing that process not only has the potential to help others, but also shows people who are interested in hiring you for your skills, either as an employee or a client, what you can do.

Finally, there were some technical things that students new to Twitter picked up on, such as private DMs or direct messages, and deciding to set up up a public or private account. Again, the DM function is useful and I use it on occasion. However, I am fully aware of the fact that our online privacy is an illusion. Our information is only as safe as the platforms we are using. Case in point, one rogue employee could choose to spill the beans on even the President of the USA, if desired.

Regarding the public vs private accounts, or maintaining multiple accounts on Twitter, I can see the rationale behind all of these. My teenaged daughter says I am “trashing up my feed” when I tweet about a variety of things that my followers might see as “off topic” and perhaps she is right. I know that some well known internet personalities have different profiles and channels for different things they are trying to accomplish. For me, I see my online profiles as an extension of myself. In other words, my digital self is myself. I try to keep it as real as I am able, so sometimes I’m serious and businesslike, and sometimes I am playful and joking around. I’m like that at work as well. Oh, who am I trying to kid? I’m mostly just joking around! But I don’t try to deceive anyone about who and what I am.