I had the unsettling experience this morning of my iMac not booting up properly. I knew I was heading in a dangerous direction yesterday when it reported to me that its disk was full. I know the cause. I have been putting a lot of media files into iCloud. I have two cloud systems which I believe is a mistake. Both are disk hogs.

I found this article and am following its suggestions.
https://www.howtogeek.com/217158/what-to-do-when-your-mac-won’t-start-up/

This is such an inspiration. Let’s watch the K-State Band play the Wabash Cannonball over zoom! 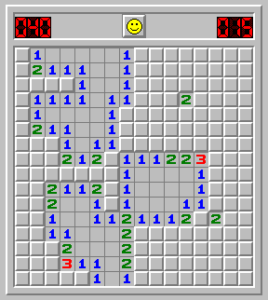 I was telling Emily about my experience in the Persian Gulf War I of 1991. I told her that my ship was to go in close to shore to do shore bombardment. The minesweepers cleared out a path through mine-infested waters two miles wide by ten miles long. We had to stay inside that box, or we could hit a mine.

Wait, she says, that minesweeper game is a real thing? I thought it was just a game!

Yes, I do love my daughter and these special moments we have together.

I did not know this could be done. Well, this changes everything…

This audio recording contains excerpts from the virtual choir performance done by my church this Easter, along with some discussion by me.

Due to the Easter holiday this weekend, the planned discussion of A Raisin in the Sun with Dr. Onalee McGraw has been rescheduled for Monday, April 20, 2020 at 7pm EST / 6pm CST.

If you have not seen this excellent film, you won’t want to miss this opportunity to view the film and have a discussion (via Zoom) with a small group of interested folks. See below for more information and register for this free event. We would love for you to join us. Why come alone? Bring a friend!

A Raisin in the Sun: Liberty and Justice for All –
A Classic Film Series with Dr. Onalee McGraw

Come join us in a night of online learning with Dr. Onalee McGraw.

What: An interactive discussion with Dr. McGraw about the film A Raisin in the Sun (links to Amazon Rental for $2.99).

Where: Via Zoom Meeting Room (Register below to receive instructions and access)

Why: “To explore together the mysteries of our human condition and the longings of the human heart with one of the greatest of the films of Classic Hollywood.” – Dr. Onalee McGraw

Dr. Onalee McGraw is Director of the Educational Guidance Institute, which helps instructors use classic films to present universal truths about Character, Virtue, Truth, Goodness, and Beauty. In the 1980s, Dr. McGraw was appointed by President Ronald Reagan to the National Council on Educational Research. She earned her Ph.D. in Political Science from Georgetown University.

Dr. McGraw appeared on Turner Classic Movies as a guest programmer for the film, 12 Angry Men. We are so very honored to have access to her wisdom in these uncertain times.

Join us on Monday, April 20, 2020 at 7pm Eastern / 6pm Central. To be sent details about accessing this unique opportunity for learning, please register below. Don’t delay, space is limited! For the best experience, be sure to view the film A Raisin in the Sun prior to attending. 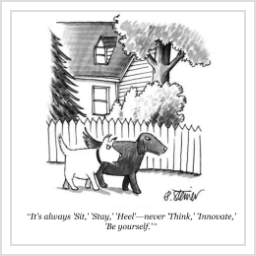 In the midst of coping with the global pandemic and moving all of our activities online, many people are thinking that they have been completely hamstrung, unable to do their work and unable to function in a way that feels normal.

Someone  at the Wakonse Conference on College Teaching(I think it was Gail Ludwig) once said,

Normal is a setting on a clothes dryer.

There are people like myself who have been living a portion of their lives online for some time now. You might call me an early adopter, relatively speaking. Of course, there were early pioneers of digital culture who were working and living digitally for decades before I began exploring these tools. But the mass creation of digital citizens with the advent of modern social media platforms like Facebook came a couple of decades after I began exploring the realm of the online world.

America Online was an online community created by brute force. Millions of AOL disks were sent out, the majority of which became coffee cup coasters and landfill debris. I was learning and exploring before even that major push to bring people together online. My life and work were radically altered and I wanted to tell as many people about it as I could.

I created my very first HTML webpage on a yellow legal pad sitting inside a tent in a soggy Minnesota campground, sometime in the early 1990s. My only reference was a printed copy of Webpages for Dummies. I hand wrote the HTML code that I wanted to use to create a webpage. I don’t recall if that experience predated or came after my Geocities website; both happened around the same time. Geocities was a shared web hosting platform. You coded up your webpages and you could have a free website. The websites generally looked horrible, but the community was wonderful!

The whole site was arranged by interest group. My group was Cape Canaveral. I searched the Geocities archive for the site I built there, but I was not able to find it. I thought perhaps I had written about my time in the Navy, so I searched for “Yokosuka,” the port city in Japan where I was stationed. I didn’t find anything written by me, but I found a fascinating page about the occupation of Yokosuka at the end of WWII. There was some really good stuff on that early Internet community.

I’m telling you about my long history of working and living digitally because we now find ourselves in a situation where these kinds of skills are extremely sought after. Only now, it seems, has the need for these digital communication tools and skills been brought to the forefront of nearly everyone’s consciousness and imagination.

Where have you all been? I have been waiting for you!

I have even made a digital media degree program to teach you what you need to survive in the digital realm. For a long time, it has felt as though my efforts and knowledge have gone largely unrecognized. And a number of those who have shown up have questioned what I have been trying to achieve.

I remember constantly getting comments on my teaching evaluations from students who resented being made to go online to “do risky things and share personal information” or “join an online learning community collaborating with others at a distance.” I remember worrying about what my colleagues thought about such comments. Yes, I did and still do encourage students to share the projects they are working on and to use their own names. I have long believed this fosters a better Internet. Only anonymous people are trolls. However, I understand that everyone is unique and sees things from their own point of view. I don’t force anyone to reveal their identity. I only recommend it as a best practice.

I believe sharing stuff online also encourages students to put their best foot forward and to not simply go through the motions but actually strive to please an audience beyond the “audience of one,” the professor who is grading the assignment. I believe it also opens up the possibility of someone with influence seeing your excellent work and helping you. This has happened to me many times over the years. I would never recommend doing things I am unwilling to do myself.

Austin Kleon wrote a terrific book that explains these principles, Show Your Work. Maybe I should have just written a similar book, I have been telling my students about these things for so long. To me, these principles are self-evident. Never before in human history has it been so easy to be discovered, to have your work seen, to be recognized. You might be asking, “If it is so easy, why haven’t you done it yet.” I’m just not that great at explaining, summarizing and promotion. I suppose it is something I should work on.

But now we have been forced into hiding, but we are venturing out – online. People are doing live broadcasts and creating digital content who have never ever done such things before because there was no demand or need for it like there is right now. I have been getting such a kick out of working with these enthusiastic new learners. They are constantly looking at me with awe and wonder, “you know how to do that? That skill is amazing!” they say. And I just shrug and smile and say, well I’ve been burning my own CDs for the past 25 years.

Now is the time for creativity.